Is Your Website Required To Be ADA Compliant? Any Exceptions?

With the growing number of accessibility lawsuits against websites, you may be wondering if your business is in danger of being sued for violations of the ADA ( opens in a new windowAmericans With Disabilities Act). Are there strict legal requirements that your website must meet in order to be considered compliant?

In the U.S., apart from federal, state, and local government websites which must meet Section 508 regulations, there are no enforceable ADA legal standards to follow for website accessibility. This does not mean, however, that your business will not be presented with a lawsuit.

A simple way to think about it is that if your website stands in for, or is in addition to, a brick-and-mortar business – which by law must adhere to accessibility standards for those with disabilities – your website needs to do the same. In other words, while there are no set enforceable legal standards for making your website accessible in terms of exactly what you must do when building it, you can still be sued if your website is unusable by people with certain disabilities. Luckily, there is a set of guidelines which are widely accepted as the standard by legal entities. These are known as the opens in a new windowWCAG (Web Content Accessibility Guidelines.)

But if the standards aren’t legally enforceable, why are so many businesses being sued? 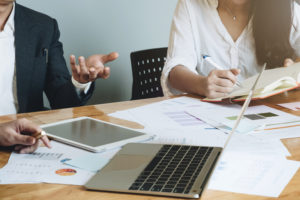 Although it is rare for a personal website to be sued over lack of accessibility, it can be a major concern for a business. If your website is a personal blog without an e-commerce platform, it would be highly unlikely to receive complaints that you’re not providing access to everyone equally. If your website represents your business, however, that’s a different ballgame.

The ADA tells us that all public spaces should be accessible to everyone, and the courts have increasingly held that your website is considered to be an extension of a physical location, such as a shop or a school. This makes your website a public space, which subjects it to ADA compliance standards. If your website or digital space is not accessible to everyone, you run the risk of someone filing a lawsuit against your company for discrimination. Just as your physical business could face a lawsuit for failing to provide wheelchair access, you could face a lawsuit if a person with a disability claims that they are unable to access your website. This can result in legal fees, a potential settlement, a potential public relations problem, and the cost of rebuilding your website to be ADA-compliant, not to mention the potential for damage to your company’s reputation.

What’s the real likelihood of an ADA-compliance lawsuit?

According to opens in a new windowThe Seyfarth ADA Title III News & Insights Blog, 751 suits were filed against website owners between 2015 and 2017, with 432 in the first half of 2017 alone. The upward trend in just a few short years is impressive – in 2019, 11,053 suits were filed in federal court, an increase of 8.8% over the previous year. According to opens in a new windowUsableNet’s 2019 ADA Website and App Accessiblity Lawsuit Report, federally filed ADA suits are now occurring nationally at the rate of one suit for every working hour, with retailers being targeted 76% of the time. Food service comes in as the second most-targeted industry, at 12%.

For the plaintiffs in these cases, there is little risk. Many attorneys will even forgo any upfront legal fees, because companies tend to settle these types of cases before they go to court, due to the uncertainty of obtaining a favorable outcome.

It’s important to note that the majority of ADA lawsuits are legitimate, because plaintiffs cannot sue under the ADA for monetary damages. A plaintiff can only seek reimbursement of their legal fees, as well as remediation of the problem. In other words, they’re not suing to collect a quick buck, they’re suing because they have been legitimately discriminated against by your business.

Monetary damages including hefty settlements for pain and suffering can definitely be sought, however, if you’re sued under other statutes, such as opens in a new windowNew York State Human Rights Law, or California’s opens in a new windowUnruh Civil Rights Act, which explicitly entitles everyone to full and equal accommodations in all business establishments of any kind, regardless of their sex, race, color, religion, ancestry, national origin, age, medical condition, genetic information, marital status, sexual orientation, or disability.

The consequences of such a lawsuit can certainly be detrimental to your brand’s business financially, but they’re also damaging to your brand’s reputation. Customers are using social media to hold businesses accountable. Facing a public lawsuit because you failed to accommodate persons with disabilities can be a public relations disaster! Word travels fast around the internet, and no business wants to be perceived as discriminatory.

Are small businesses exempt from the ADA?

Generally speaking, no. Some portions of the ADA contain an exemption for businesses which employ fewer than 15 people, but none of those exemptions apply to your website (these exemptions mostly apply to hiring practices.) Under opens in a new windowTitle III Compliance standards, nearly any business which serves the public is subject to the ADA for most other reasons, regardless of its size.

The small business ADA guidelines require owners to make all reasonable efforts to accommodate any individual with a disability. This includes your website, if you’re doing business with the public. Larger businesses with more resources are expected to take a more active role in removing access barriers than small businesses, but everyone is expected to make an effort, and legally required to do so.

Are any organizations exempt from the ADA?

ADA considers entities such as private clubs or religious organizations to be exempt under Title I. Exceptions to that include if your organization receives federal funding of any kind, for example. Accepting federal assistance would legally compel your organization to adhere to ADA standards.

What happens if you violate the ADA?

Fines, lawsuits, and injustice; oh my! While most of the time, these cases are settled for the price of upgrading your website if you’re a modest non-government entity; if you’re found in violation of the ADA, you can also face steep penalties in some cases. Organizations and businesses can be fined up to $75,000 for a first ADA violation and $150,000 for subsequent violations. Individual states and municipalities have their own rules which build on the existing federal laws. When updating your web presence, it’s important to choose a development partner who understands the laws in your state and knows how to adhere to the correct standards. When you weigh the costs of upgrading your website against a hefty ADA fine, court fees, attorney’s fees, and settlements, suddenly those compliance improvements seem totally reasonable!

Some high-profile businesses have learned this the hard way. In opens in a new windowNational Federation of the Blind vs. Target Corporation, Target settled the lawsuit, agreeing to improve their website, and also pay $6 million into a “damages fund” for members of the class-action lawsuit. The court also awarded the plaintiffs $3.7 million in attorney’s fees. Smaller businesses, however, are not exempt from punishment. In opens in a new windowDudley vs. Miami University, Ms. Dudley sued the Oxford, Ohio school for discrimination because their website did not work with her screen reader. In a settlement, the university denied liability, but nonetheless paid Dudley $108,000 in expenses toward getting an undergraduate degree at another university, an additional $102,000 for pain and suffering, and repaid up to $50,000 of her student loans.

There’s also a moral question involved: why shouldn’t you be providing equitable services to all citizens, regardless of their ability; especially when it only takes simple adjustments to make all services available to everyone? If your business values equality, the answer is easy.

Get Your Free Quote Today! 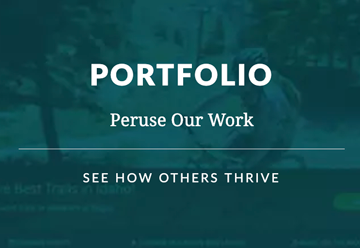 Call us for a free quote.

Call us for a free quote.